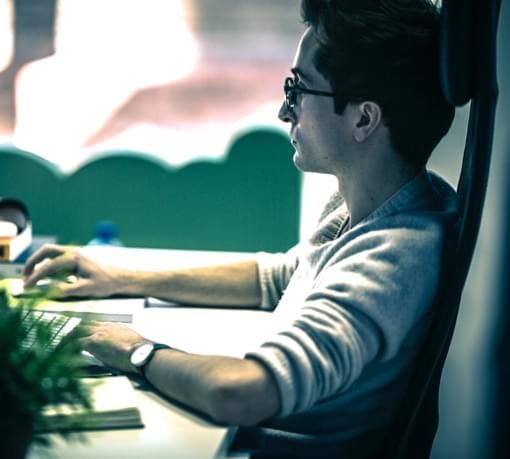 How To Choose A Font: In Three Easy Steps

Sometimes it feels as if there’s two kinds of people in the world. Those who have never given fonts, kerning, x-heights and ligatures a second thought. And those who can’t seem to think and talk about anything else. Currently the former group appears to be holding steady at 99.99% of the population, but the typeface nerds have a secret weapon: deep down font, typeface and the rest have a critical role in communication - even if most of us don’t notice it.

The truth is that an organisation’s choice of font can have a major impact on how that organisation is perceived by the wider world. On that basis, it’s worth taking some time to learn how best to go about choosing a font, and what to consider whilst doing so. And it doesn’t have to be complicated (although some of us prefer it when it is).

Here’s a three step guide to making your choice - and checking your agency has done the right due diligence.

A couple of weeks ago we wrote about the importance of brand values - and how they inform logo design - on this blog. In precisely the same way, those values should be the first port of call when considering font choices. We want the font we choose to ‘fit’ with those values and ensure as little cognitive dissonance as possible in the mind of the reader.

To give the obvious textbook example, it’s unlikely a bank would choose to communicate anything in Comic Sans. The playful, fun and essentially unserious nature of that font doesn’t fit for an organisation that wishes to stress security, prudence and so on.

More broadly, serif fonts (think Baskerville) tend to be seen as slightly old-fashioned, with all that entails: tradition, sophistication, reliability. Meanwhile san serif fonts (Helvetica) are more contemporary and communicate modernity and clarity. It’s no wonder they are popular with tech businesses.

There are variations beyond these of course. It is a subject of almost limitless complexity. But there’s a quick and easy trick to ensuring you don’t go too far wrong here. Write down 4 or 5 words that characterise your brand. Then (and only then) do some reading about the font you are considering. Do the same sort of words appear? If they do, you’re probably safe enough.

So far so good. But equally important in selecting a font are the twin concepts of legibility and readability. This isn’t the time or place for a detailed discussion of the technical vocabulary (if you want one, check out this useful summary) but it does help to understand how the concepts of weight, x-height, contrast and so on will impact how legible a font is at the letter level, and how readable a block of text is.

As a rule, and particularly for anything used in chunks of text, it is best to avoid fonts with quirky letterforms and look first to ‘transparent’ styles that might be said to prioritise the reader over the designer. In most cases, it will be helpful to run some short practical tests with a small group to check that whatever font you are considering will ‘work’ when it comes to the simple job of getting your message across.

Don’t forget to do that on multiple devices. As always, what looks wonderful on the agency’s 50 inch iMac might start to struggle on a lower-end smartphone. If your audience uses the latter (or both) then make sure you design and choose with both in mind.

It is also important to understand that there’s no requirement to use a single font for every purpose. Indeed if you attempted to do so, you would almost certainly run into trouble sooner or later. Most fonts are designed for a purpose. What may work for plain text could be unsuitable for a heading, and vice versa. What works in the digital environment may be less suited to print. Consistency is a noble aim, but the goal is have a ‘family’ of font choices that complement each other and each express the brand.

We don’t live in a perfect world. Your decisions around fonts will need to reflect this. Firstly, as a general rule of thumb the more obscure a font you choose, the more likely you are to run into problems. With some exceptions that I’ll discuss in a moment, for a font to display it needs to be on the specific computer doing the displaying. If for whatever reason the font isn’t available, bad things can happen. I know, I’ve seen large parts of a presentation rendered in what looked like Ancient Greek - in front of a crowd and when it was too late to do anything about it.

A design purist would at this point interject to say “just make sure to send the font along with the Powerpoint file”. A realist would counter that this sounds nice in practice but doesn’t reflect how the world works. In cases like Powerpoint, play it safe. Even if you have to introduce a new font to the family in order to do so. A slight discrepancy between fonts used online and in Powerpoint isn’t the end of the world. Ancient Greek kind of is.

In terms of the web (which is probably what most blog readers care about) it is possible to call on web fonts, such as these from Google, which are supported on the ‘server side’ and thus don’t need to be installed on the browser’s machine. That gives us greater flexibility, but there can be performance implications when going down this route. They may not be major, but they should be taken into consideration and at the very least any choice you make should be tested across a variety of devices before committing.

If you follow each of these steps, you should ultimately find yourself with a font - or more accurately family of fonts - that will work for your brand in almost any situation. Most importantly, you’ll be ensuring the best possible usability levels and (hopefully) making your content a pleasure to read in any context.